Today’s whimsical urban wedding from Christina Laing Photography is not only totally charming, but symbolizes the love of not just two people, but an entire city! Bernice and Jason met in Buffalo, fell in love in Buffalo, and set to work doing everything they could to save Buffalo. With industrialization on the rise, this incredible couple started Buffalove Development, rehabbing vacant homes in the area and turning the hollow shells into welcoming abodes. Their work helped revitalize the city and inspired a reality show about making Buffalo home again, called American Rehab! Nothing could be more fitting than these two tying the knot in a ceremony that was as much a reflection of their love for their town as for each other. They were the first couple to be married in Silo City, a former ghost town of abandoned grain silos along the Buffalo River. Abandoned for decades, the silos were recently granted new life as the city’s hub for art and music, a symbol of the renaissance that Bernice and Jason have worked diligently for. Their efforts have not gone unnoticed – before the official wedding ceremony began, the Mayor of Buffalo honored them with a statement and certificate announcing their wedding date as ‘Bernice and Jason Day’ to thank them for their work in revitalizing the city!

How fitting, then, that the rest of their wedding day details served to celebrate their love for their city! Bernice’s charming tea length wedding dress was handmade by local company, Made by Anatomy, while Jason’s chic gray suit came from nearby Bureau Made. After their urban portrait session through downtown Buffalo, the couple rejoined their guests in the heart of Silo City for a party catered by a favorite local food truck, Lloyd’s Tacos! Guests were treated to local beer from Community Beer Works and frosted cookies shaped like – what else – buffalo! The crumbling brick and exposed beams of the American Warehouse became a reception worthy spot when filled with 200 of their nearest and dearest, not to mention dozens of paper lanterns in their retro chic palette of orange and aqua. The brightly colored graffiti just added to the decor!

Bernice says it best – “We met in 2011 and instantly fell in love…the rest is history.   Together, we have become best friends and work partners. We live, work and play in Buffalo. We live for rehabbing buildings, preservation projects…and a good dance party!” 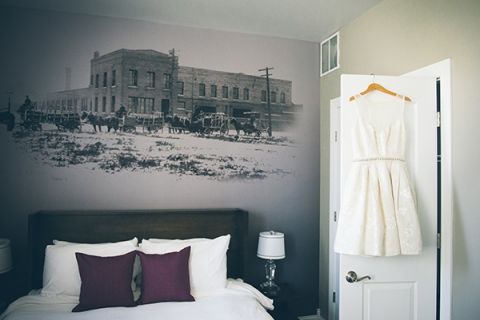 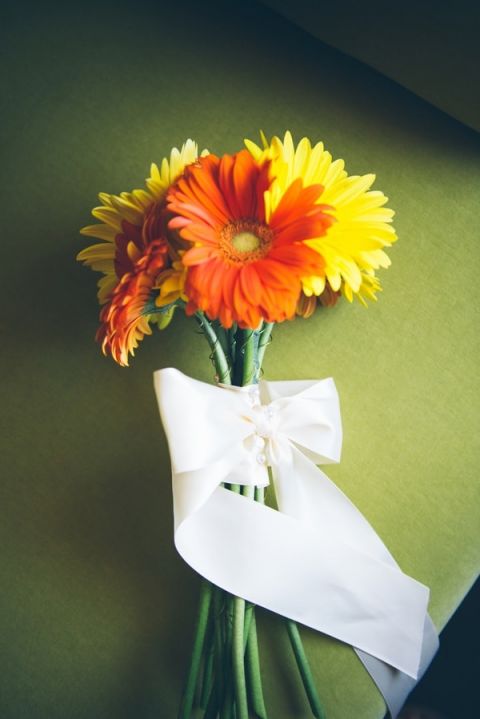 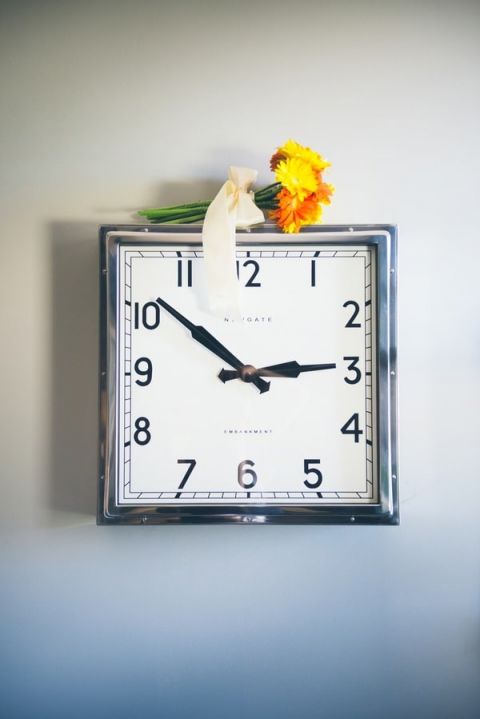 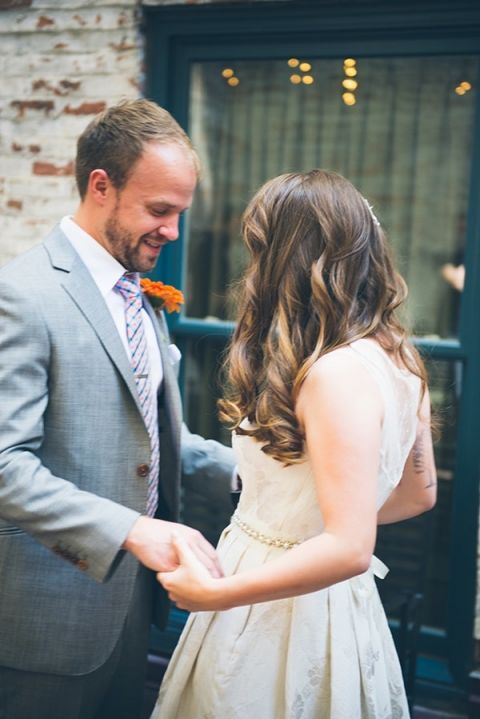 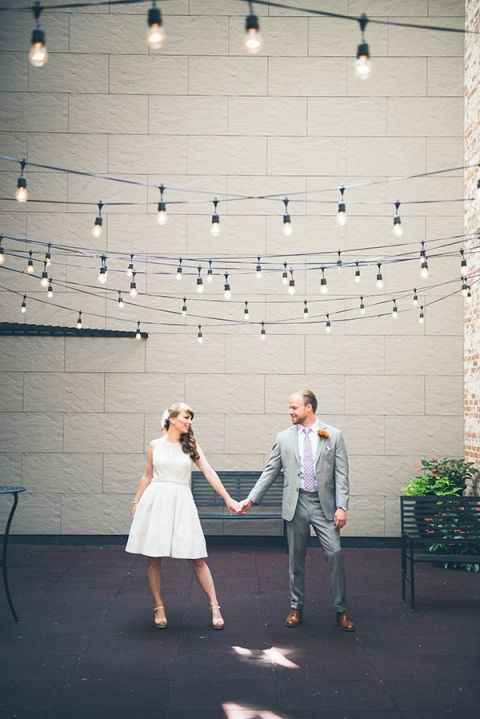 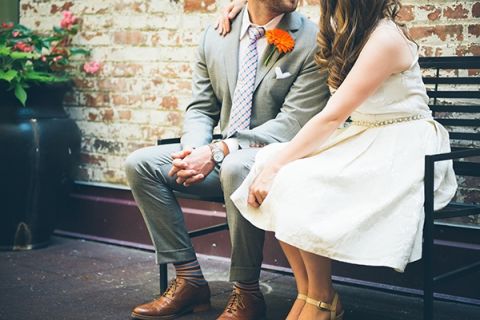 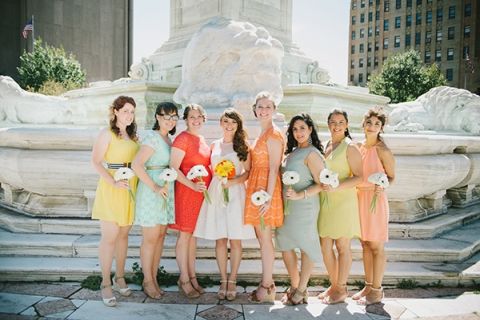 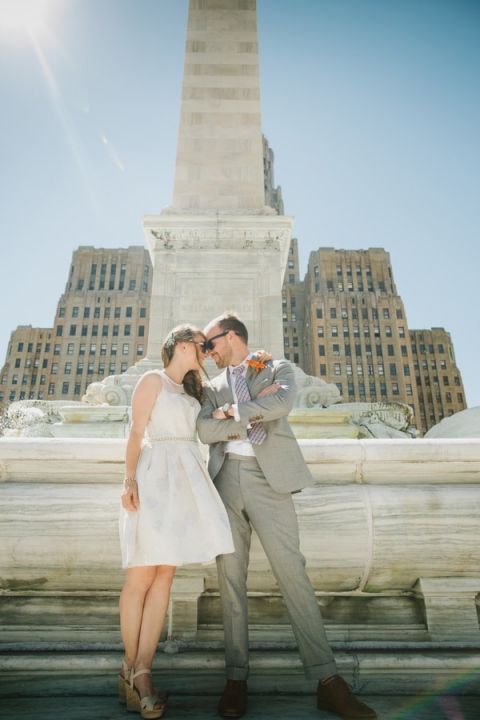 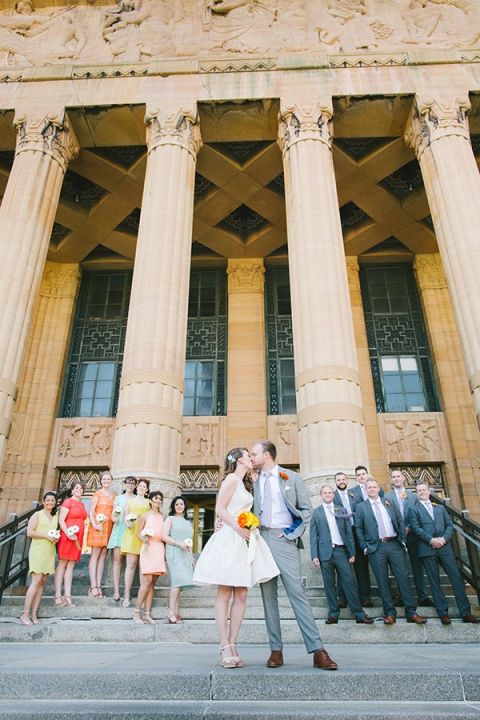 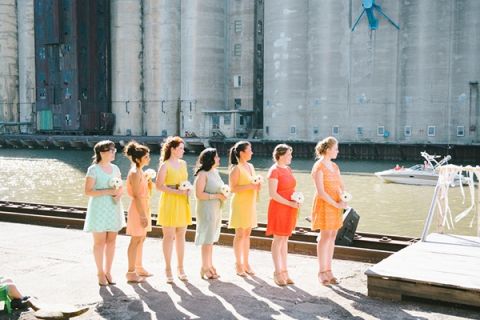 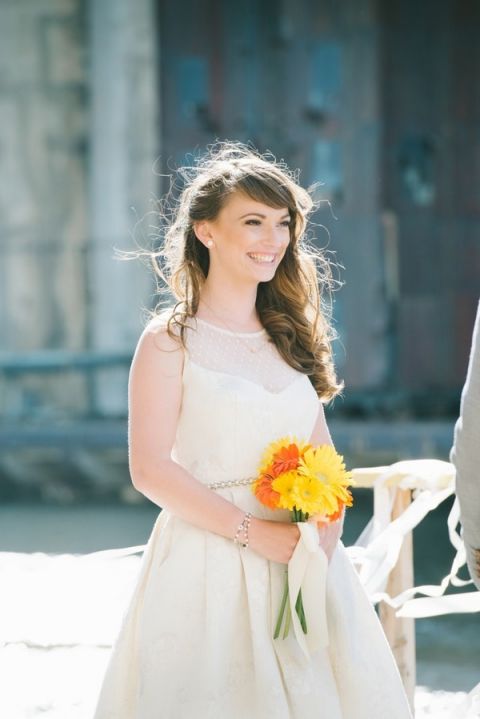 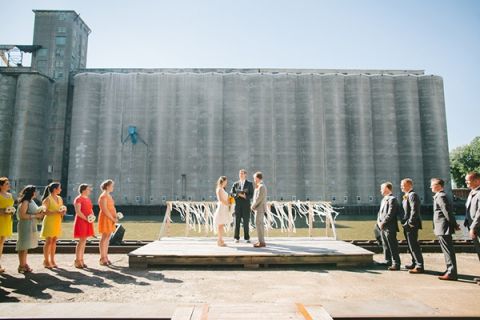 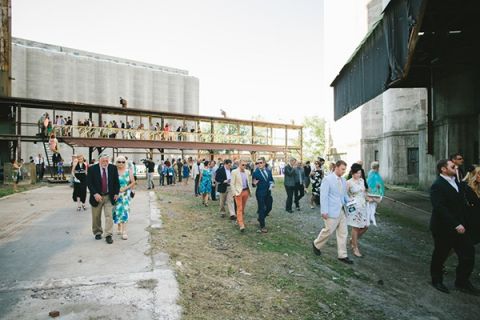 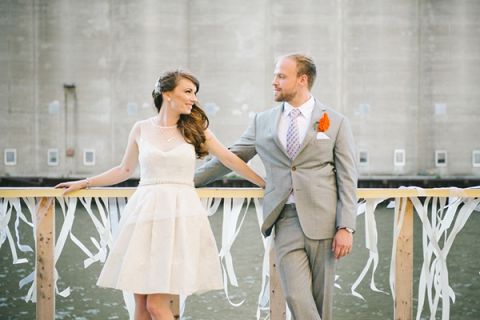 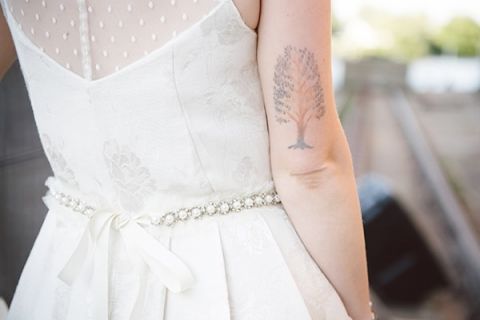 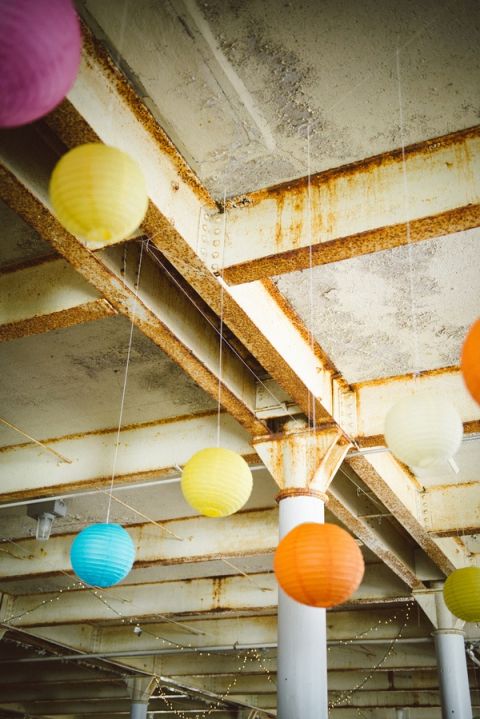 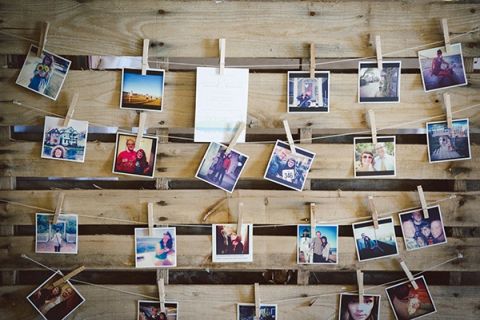 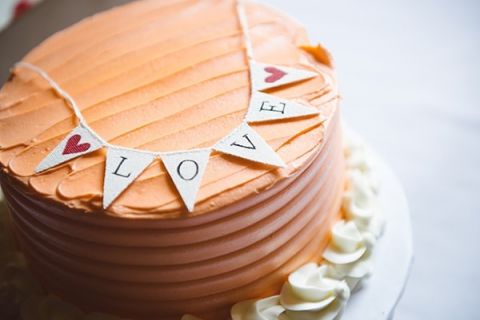 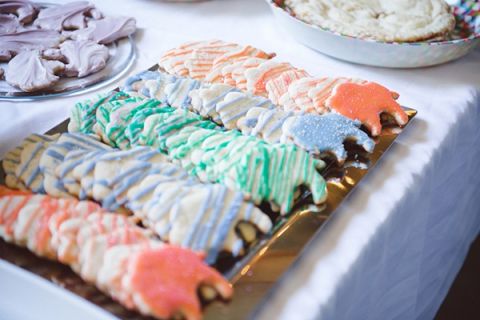 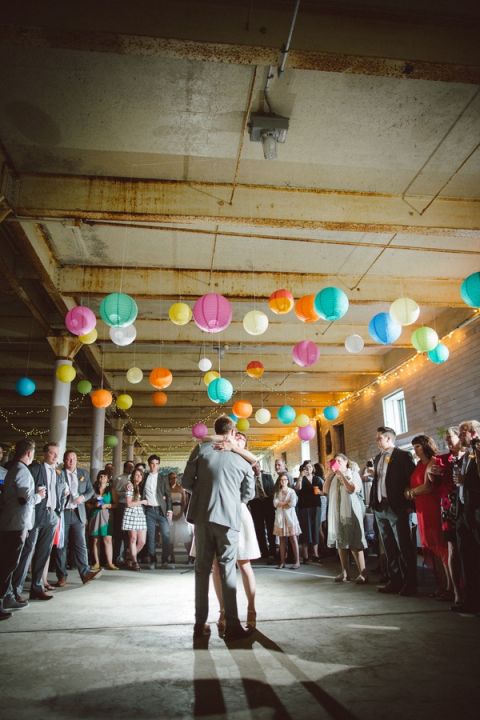 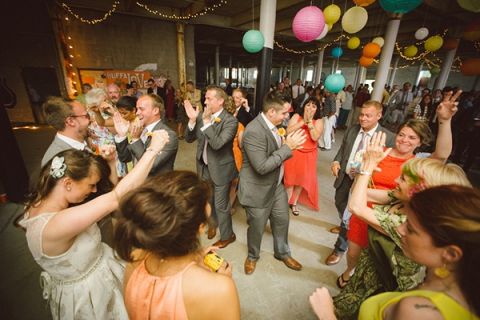 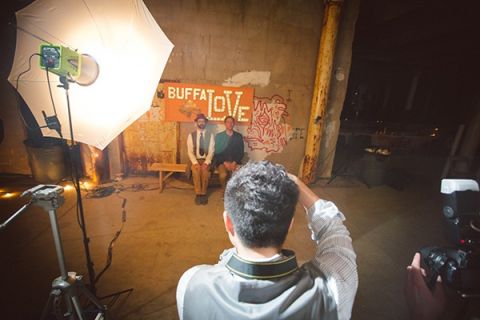 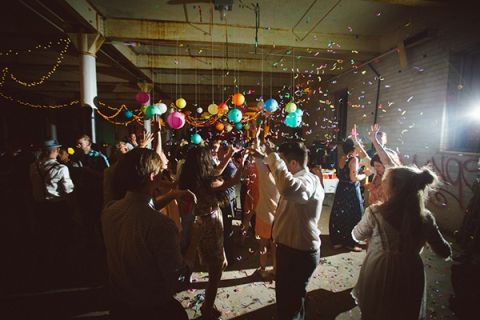